How to Buy Property in Albania 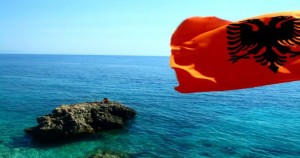 Albania has recently been one of the ‘forgotten’ states of Europe, but is now beginning to emerge from the shadows as one of the next emerging destinations for overseas property buyers. With a beautiful coastline on the Adriatic Sea, a developing economy, and a government that has been elected on a manifesto of cleaning up crime and corruption and growing the economy, optimism is high.

The country managed to avoid getting involved in the devastating Balkan conflict of the 1990s, and amid the new-found stability of the region, combined with the solidity of Greece on its southern border, Albania has managed the transition from Communism to democracy with relative ease. There have been some issues, and no-one in Albania would claim the system is yet perfect, but things are moving in the right direction.

This guide explains how to purchase property in Albania. It is primarily for those buying from Britain but can help guide anyone investing from overseas.

1. Consider why it is worthwhile buying property in Albania. Albania is not yet the finished article for overseas property investment by any means, but it is often in this kind of country that the best offers are to be found. In fact, studies have shown that prices in Albania are among the cheapest in Europe – which also means yield has remained stubbornly low. However, as the global economic slowdown hit, the property market in Albania had not developed to such a point where property was overvalued, or excessive development had caused a glut of supply. Therefore, there are those who feel that Albania could be extremely well-placed when the overseas property markets begin to pick up again.

2. Look for the popular buying locations in Albania. As Albania is clearly still an emerging market for the overseas property industry, for the vast majority of people who buy there in the next couple of years there will be at least some element of investment to their purchase. As property buyers will be looking for the tourist market to make up most of the rentals, and then towards the local market as the economy continues to develop, rentability will be a key factor in deciding both what type of property and where they purchase.

There are a number of options available for property in Albania, focusing mainly on two types – city apartments and beach properties. City apartments will, for the moment at least, be limited to the capital of Albania, Tirana. As well as being centrally located geographically, Tirana is the commercial and cultural hub of Albania. It is also home to around one in four of the Albanian population, therefore having good potential for rentals as the country develops and the population look for more luxurious property in which to live.

Tirana is also growing and developing its infrastructure as its free market economy begins to mature. Tirana international airport has been recently renovated at a cost of over £40 million, and the current housing stock is of low quality. The demand for new housing has not decreased but banks are not financing like before. Very strict regulations have been introduced since the start of economic crisis in banking sector 2 years ago, and Greece as well having a big influence in the future of Albanian economy. Nevertheless prices remain at reasonable levels per square meter. Real estate investment prospects are still attractive.

On top of this, there is the potential to buy properties to let to students in the future. Tirana is also an educational center, with more than ten universities in the capital itself. Outside of the capital, the best places to invest are along the coastline, which leads from the Adriatic Sea in the north to the Ionian Sea in the south. Albania is already something of an established tourist destination in the local region with many visitors from Italy, Greece, Germany and Italy, particularly during the high season from June to August. As a result, there are already a number of well-established coastal resorts in Albania which could easily present some great investment opportunities in the medium- to long term.

Durrës is the former capital city of Albania, and now an important trading and port city, having become the primary external commercial outpost of the country. Durrës is also the favoured destination for Albanians living and working in Tirana to escape for the weekends, and many of the more well-off inhabitants of Tirana have second homes in the city. Travel from Tirana to Durrës takes just 20 minutes by car, the same as it does from the international airport.

Property is primarily apartments near the centre, and with the tourist season running throughout the whole of June, July and August, and the fact that accommodation is so hard to come by during this period, there are good opportunities to rent property out. Prices are slightly higher here than in Tirana, but rental yields of up to eight per cent should be realistically achievable.

Outside of the main season, the climate in Durrës is pleasant enough to make it and ideal holiday home destination. Capital appreciation is also impressive, with property prices rising by 10 per cent per year for the past two years, though forecasts for the future will be somewhat below this if growth does continue. Further south, Vlora is the second port in Albania, and marks the confluence of the Adriatic and Ionian seas. It is an important trading city for Albania’s exports, but is by no means an industrial blot on the landscape.

The city, the base for a booming tourist trade along the coastal reaches, has a rocky coastline extending in both directions away from it with sandy beaches dotted throughout. Behind the city, the landscape is framed by nearby mountains. Vlora itself is a pretty and colorful city, with wide boulevards and a relaxed pace of life. The palm trees that decorate the place give it a real Mediterranean feel, while the Llogora National Forest is just half an hour away. The drive from Tirana currently takes around two hours. Capital appreciation is estimated to be at around 20 per cent per year.

Finally, the gateway to the south of Albania, Saranda, is also an important tourist and trading town, located as it is just a thirty minute ferry journey from the Greek island of Corfu. This is the part of Albania with the warmest, most Mediterranean climate, and commonly known as the most attractive town on the Albanian Riviera. Attractions for tourists, aside from the warm seas, include the ruins of the World Heritage Site at Butrint.

3. Buy a property. The property buying process in Albania is quite simple and well-established. Once you have signed a reservation form and provided certified identification along with your reservation fee, you should always look to engage an independent lawyer that you have sourced yourself, in order to make sure the transaction is being carried out in accordance with the law and that you know for what you are signing. You should also always make sure that you have copies of all contracts in English so that you can refer back to them at any time you need to.

Some two to three weeks after your reservation, you should receive the pre-sales contract, which is when the initial deposit is paid. This contract will set out the terms of the agreement, the schedule of building for off-plan purchases, and the date of completion. Upon completion, the final transfer of deeds is carried out. You do not necessarily have to be present at this part of the deal if you are happy to sign over power of attorney to your legal representative.

4. Finance your Albanian property. Despite the fledgling free market economy in Albania, and the huge failure of the pyramid schemes in the latter part of the 20th Century, there is a wide and competitive range of products available in the mortgage market. Also, many of the larger western banks have entered into the market, making products comparable to the standards we are used to in the most developed economies. Terms are similar to other European finance products as well, with loans of up to 80 per cent of the value of the property and 15 – 25 years. Unlike many emerging markets, interest only mortgages are also available, though the recent economic woes of the major global powers have meant that credit across the world is much harder to find than it was previously. You also have the option to finance your property in Albania through raising finance on a property you own in the UK. You may find a more advantageous interest rate financing this way, and should you not have the 20 per cent deposit ready and available in cash it may give you the option to raise it through a part-mortgage on your UK home. The services of an independent financial adviser at this stage can save you significant amounts of money in the long term.

5. Be ready to pay the Albanian property fees and taxes. Transaction costs for buying a property in Albania are very low. There is no purchase tax, and property transfer costs amount to three per cent of the purchase price. Legal costs, including a public notary and your own representation should come to no more than €2,000. Once you have bought in Albania, running costs of property are also low. Municipal tax rates vary from location to location, but are typically €0.25 per square metre per year in the coastal areas. Income tax is just ten per cent, as is capital gains tax, which has only been in force since January 2008.

6.Get the appropriate visas, residency and work permits. Upon entering the country with a valid EU passport, you have the right to stay for up to 90 days without applying for a further extension of your visa. For stays of more than 90 days, and up to five years, you are able to apply for a residency permit at the nearest police station to your property. There are a number of documents that you need to have in order to gain this permit, some of which must be notarized, and some of which must be obtained from the courts and police services in your country of residence stating that you are not currently under investigation or subject to any criminal processes (the so-called ‘good boy letter’). Once again, with Albania pushing for EU entry in 2014, these restrictions will have to be relaxed to allow freer movement to other EU citizens, and the ability to cross borders and reside freely will need to be addressed.